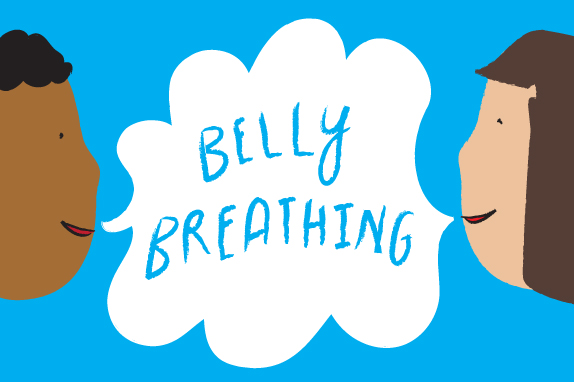 Rebecca, our mindfulness educator, arrived on campus one day and noticed a familiar kindergarten student crying in the hallway. Ramona was a very talkative student, who often was reminded in class not to speak out of turn and was sometimes sent out of the classroom. When Rebecca saw her in the hallway, she assumed that her teacher had sent her out there to calm down. Crouching down to be at her eye level, she asked, “What’s wrong, Ramona?” Still crying, she replied, “My friend took my bike at recess and wouldn’t let me play with it.” She responded, “Aw, Ramona. I’m so sorry. I can see that you’re very sad about that. You are crying.” Ramona sniffled, “Yeah.” Rebecca asked, “Is there anything we’ve been learning in class that you think could help you right now with how you are feeling?” Ramona immediately put her hands on her belly and took deep breaths. Rebecca responded, “Oh! You remember the belly breathing we’ve practiced.” She joined her and they took three more deep breaths together. Ramona then stopped crying and said, “I’m ready to go back to class now,” and she walked back to class with her “breathing teacher”.

Sometimes we all just need to remember to BREATHE!

Check out the video below—it just might help you remember too. 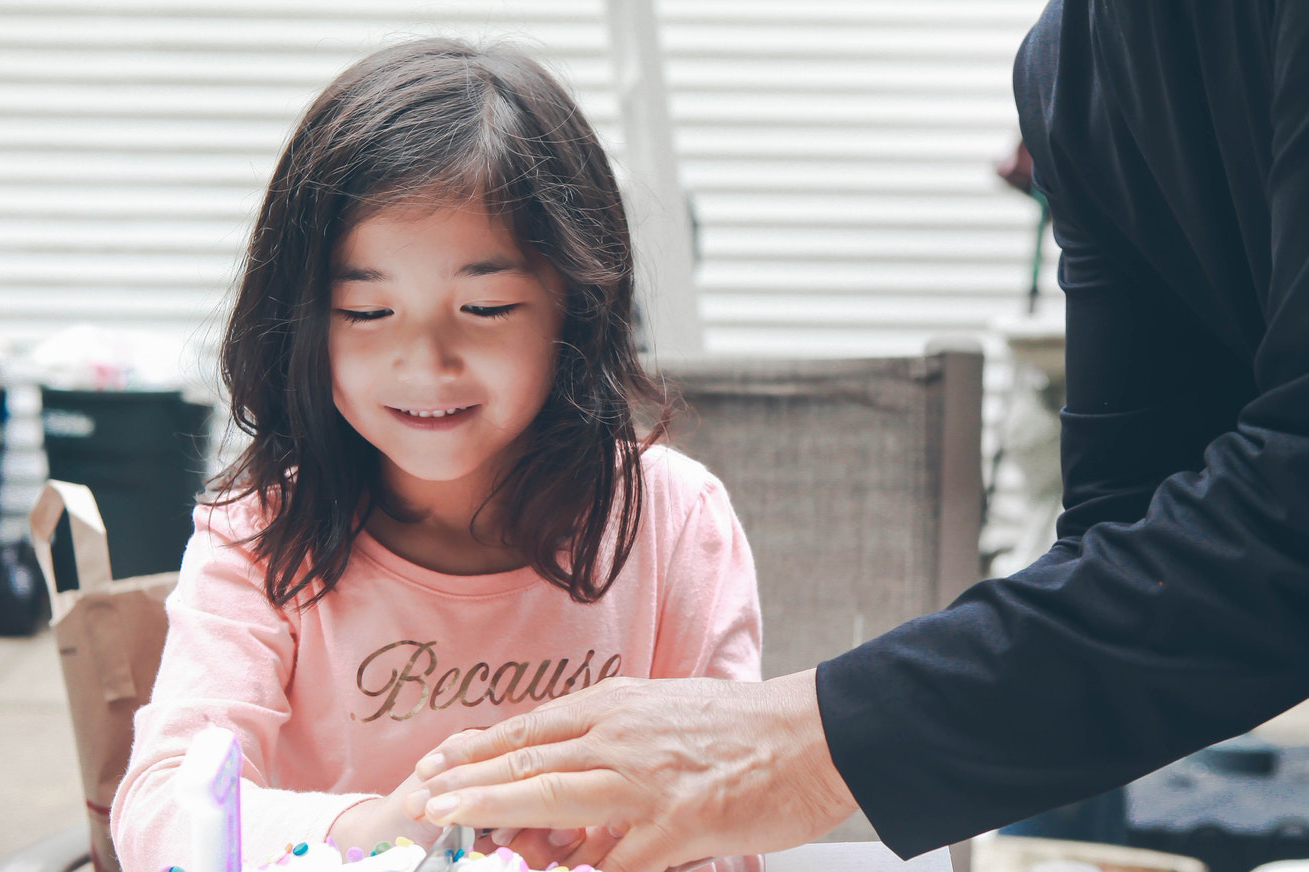 A Little Help Can Make a Big Difference

Sweet little Camila lives with severe cerebral palsy. Her condition should be quite enough
for any six-year-old, but unfortunately, her life is even more complicated. Camila and her
mother are here in the United States on what is called a V-Visa. This is shorthand for the
fact that they are fleeing domestic violence…very sad on so many levels.

In spite of navigating a traumatic life, a new country and a difficult disease, there are some
practicalities to be dealt with, such as getting Camila enrolled in school. Young &amp; Healthy
is involved because she needed a physical and a dental exam before she could enroll in
school. This would have been an easy task if she were a typically developing little girl, but
Camila is far from that.

The Young & Healthy team worked to find just the right physician and dentist who could
examine this medically fragile young girl. A significant amount of diligent case
management eventually resulted in finding care for her at Children’s Hospital Los Angeles.
Camila received her necessary examinations and was able to enroll in school. Though
Young & Healthy can’t fix everything, we can certainly strive to lighten some of the
hardship. 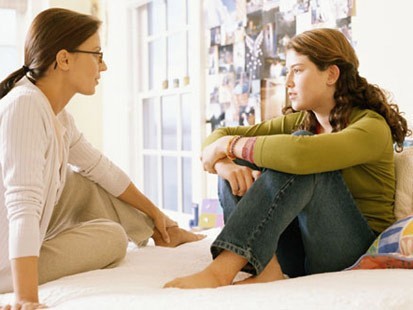 Fourteen-year-old Jenny and her sixteen-year-old sister Gabby are fully insured but getting the
care they needed seemed completely out of reach.
In addition to all their typical teenage challenges…their mom, Angie, has terminal cancer. Angie
knows the girls need help to cope with her illness and she was able to find mental health services
for her girls in West Los Angeles. With the notorious LA traffic, however, that is an hour away. As
you can imagine, as Angie’s illness has progressed, getting her family across town for therapeutic
services has become more and more difficult. Overwhelmed and sad, Angie called Young &amp;
Healthy for help.

It was not an easy task for our case managers, but after calling nine different agencies in Pasadena,
the tenth agency was able to take the family’s insurance and provide services closer to home.
While we cannot lift the burden of losing their mother to cancer, we are hopeful that their lives
will be a tiny bit easier with support closer to home. We wish for them all a more peaceful journey. 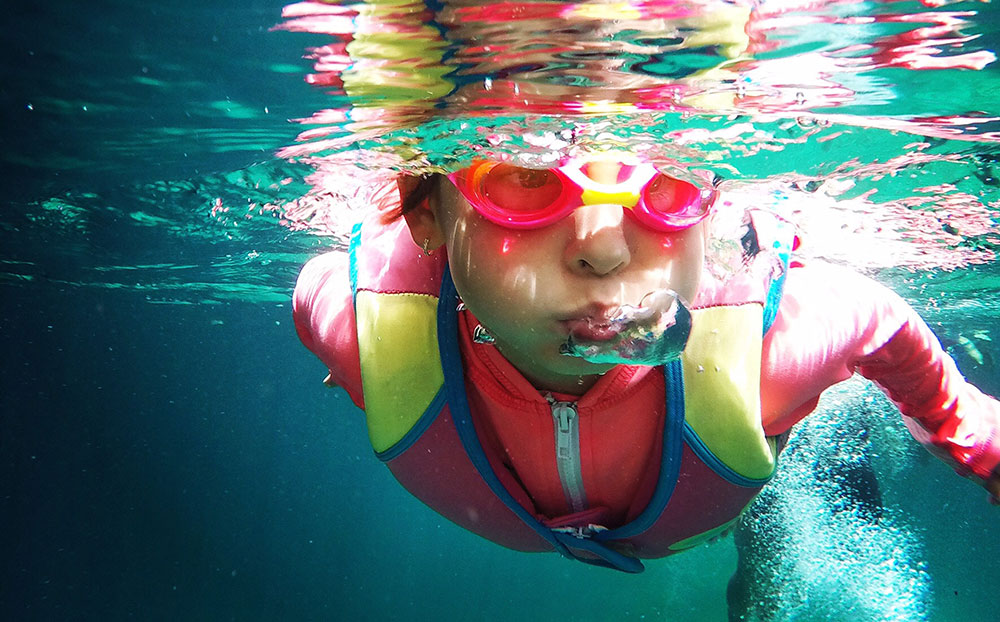 One Breath at a Time

Young & Healthy has launched an educational program designed to bring a broader understanding of Trauma Informed Care (TIC) to community members. The program includes many components where we discuss how toxic stress in childhood effects our brain development, our behavior, our ability to learn and even our long-term health. One of our most engaged audiences has been a large group of swim instructors.

Following our training, one of the swim instructors, Sofia, was faced with a tough situation. Ten year-old Josie’s pool behavior was always a bit of a challenge, but on one particular day it was exceedingly difficult. Sofia could tell that Josie was having an “off” day, so she took Josie aside to work with her, one-on-one. While Josie used the kick board, Sofia swam face-to-face in front of her. Sofia told Josie that she had been having a bad day…she lost her keys, she forgot her lunch and by the time she got to work, she was very grumpy. Then, in a tender voice, Sofia asked Josie if she was also having a bad day?  Josie nodded, yes she was.  THIS was a breakthrough moment for Josie! She opened up because someone noticed, someone cared and she wasn’t in trouble for her behavior. Sofia told Josie that she did not have to talk about her bad day, but offered her some “tricks” that might help. In the middle of the crowded pool, Sofia taught Josie some deep breathing practices by suggesting that she take a really big deep breath, go under water, and “punch” that water just as hard as she could. Moments later after following the suggestion, Josie shot to surface giggling and happy to join the others in the swim lesson. Such a small, yet effective, exercise changed that little girl’s day. Sofia told Young & Healthy later that she kept thinking about a Dan Siegal quote we use in all of our classes, “In order for a child to feel secure, he/she must be seen, safe and soothed”. Kudos to Sofia, who did all of those things and probably gained a big fan! 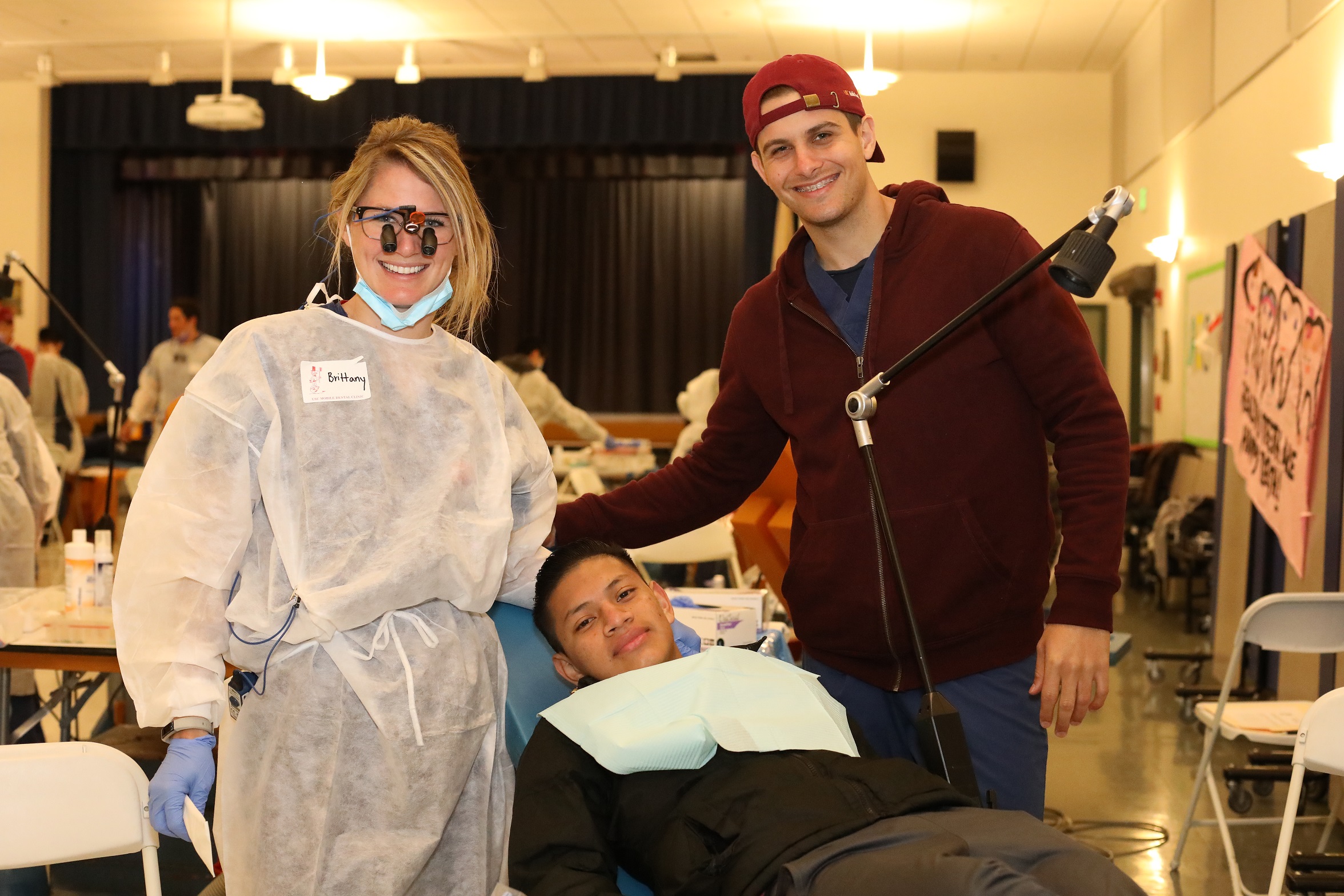 The last year of high school should be filled with fun, proms, planning for the future and finally, graduation!  Not so for Rogelio, a high school senior who participated in our recent Mobile Dental Clinic.  Rogelio came for dental care but left the clinic with the Young & Healthy team behind him.

Rogelio lives with his 22-year-old brother who is trying to support them both.  The boys know that an eviction notice is only days away.  When our staff discovered that these boys are on the edge of homelessness and hunger, Rogelio was sent home with every left-over sandwich, cookie and apple from the clinic lunch on Saturday.

At one point, Rogelio asked quietly if a dentist might be able to look at his brother’s teeth, as well.  In better days, his brother had braces…braces which were never removed, until he tried to remove them himself with a pair of pliers.  After hearing of this, the USC dentists did see his brother to remove the cement that remained from his “home dentistry” project.

While Rogelio and his brother came to the Mobile Dental Clinic for dental care, they left with connections for a myriad of other services.  These young men are struggling in ways that break our hearts, and yet they displayed such gratitude and kindness to all.  I wonder if I would have the same grace and fortitude to continue on if that were me?